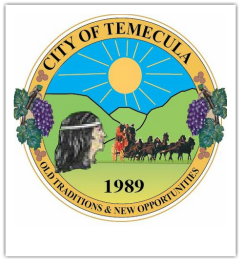 Since its early beginning, the Temecula Valley has always been a place where the combination of mild climate and beautiful rolling hills have attracted human settlement.

The name Temecula comes from the Luiseño Indian word "Temecunga" - "temet" meaning "sun" and "-ngna" which means "place of". The Spanish interpreted and spelled the word as "Temecula". Over the years, the meaning of "Temecula" has been translated into several different versions of this interpretation, including the most popular, which is "Where the sun breaks through the mist".

The hillsides were the home of the Temecula Indians, the first residents of the area. Ancestors of the Temecula Indians were in this area as early as 900 A.D. The native people from here to the coast who shared the same language and culture became commonly known as the Luiseños, because many of their villages were once under the influence of Mission San Luis Rey.

To view a video of the Temecula area click :  Temecula Video