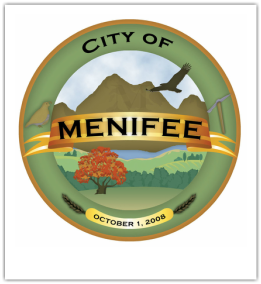 On June 3, 2008, the residents of the communities encompassing the City of Menifee voted to incorporate Menifee into Riverside County's twenty-sixth city. The new City of Menifee was officially established on October 1, 2008.

Early development of the City of Menifee began with Sun City in the early 1960s as the concept of an active retirement community that was envisioned by Del Webb, a major building contractor from Phoenix, Arizona. Sun City is centrally located within the City of Menifee with a mix of residential and commercial activity.